Floortime Play Therapy for Children with Autism: How Effective Is It? Hope AMC 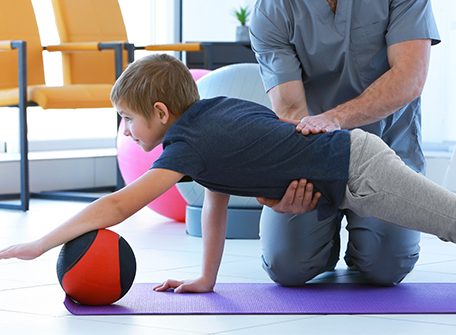 Floortime, unlike behavioural therapy, focuses on assisting children and teens in making emotional connections. This structured play therapy is a low-risk, low-cost way for your child to improve his or her emotional and social abilities. While having fun, you can strengthen your parent-child bond.

Floortime therapy has six main objectives. The pupil grows emotionally and intellectually as they fulfil each goal. By interacting with others through play, students are encouraged to improve their interaction abilities.

The Six Milestones of Floortime Include:

These objectives are achieved by daily sessions lasting two to five hours in calm, peaceful locations. Floortime play therapy specialists may teach parents and caregivers how to join in the child’s play, follow their lead, and encourage their development.

What Does the Floortime Play Therapy Involve?

Assessment, home interactions, school interactions, playdates, and specific therapies are all part of floortime play therapy. This consists of 2-5 hours of a day playtime between an adult and a child, usually on the floor.

How Does It Work?

Floortime play therapy can happen at all time, and everywhere! Children with autism tend to need intensive early intervention and are found to rarely initiate interaction on their own unless they need something. To encourage interaction and a shared world, floortime can happen anywhere, such as:

Anyone, including parents, colleagues, and siblings, can participate in floortime at any time of day. The key to floortime is that those who take part in it enjoy themselves.

Floortime is supposed to be a constructive and enjoyable way to improve communication. It should not be a source of anxiety for any of the parties concerned.

The Efficacy of Floortime Play Therapy

Children with autism who participate in floortime sessions on a regular basis for a long time show greater emotional development and less autistic symptoms. Children whose parents engaged in floortime activities with them an average of 15 hours per week for three months, improved significantly in the areas of

Floortime play therapy has been identified as a vital strategy for helping children with autism because it increases learning through interaction. Floortime’s social-communication-based approach helps autistic children develop their social interaction abilities as well.

How to Know if Floortime Play Therapy is a Good Treatment Option for My Child?

At Hope AMC in Dubai, the floortime play therapy specialists work collaboratively with the parents of the child to provide the best care for their child. The team aims to develop healthy foundations for social, emotional, and intellectual capacities rather than focusing on skills and isolated behaviors in children with autism and special needs.

To get more details or consult with our floortime play therapy specialists in Dubai, click here