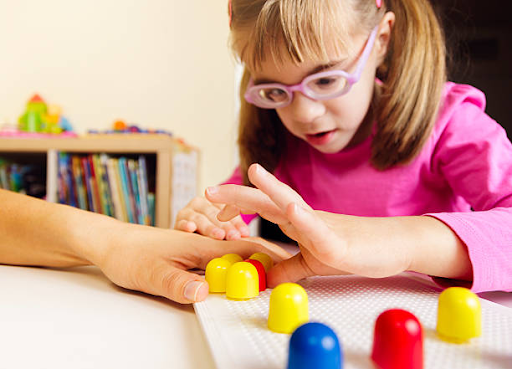 Is your child showing abnormal visual responses? Does your child face difficulty in maintaining eye contact with other people? Maybe they do not normally respond to the faces of people. If you have noticed these changes in your child’s behavior, he/she might have Cortical visual impairment (CVI).

Read on to learn more about CVI, its symptoms, potential causes, and possible treatments to enable your kid to make the most of their vision.

In other words, CVI is the inability of the brain to convert the raw information from the eyes into a meaningful image. This impairment is most common among children and can continue into adulthood if not treated properly.

Here, it is to note that children with CVU tend to have a normal eye examination; therefore, it cannot account for any abnormality in the visual behavior. A child suffering from this disorder often displays unusual behavior.

This is because the eye structure is usually normal in CVI, as the eye can take a normal picture of any object to send the message to the brain. However, the given information cannot be processed or integrated properly due to the brain’s inability.

The most common symptoms of the CVI include:

Below mentioned are some of the abnormal behaviors that children with CVI depict:

Any injury in the brain’s visual part may lead to cortical visual impairment. Some of the common causes behind CVI include:

Cortical Visual Impairment can be mild or severe, and sometimes it widely fluctuates; However, partial recovery is possible over time with the help of early intervention.

Pediatric Therapy helps children with CVI to improve their vision. Following are the possible therapies that are employed in treating this condition.

Vision Stimulation Therapy – This therapy helps reconnect the pathways between the brain and the eyes. This treatment involves repetitive demonstration of visual tasks regularly and simultaneously enabling the children with CVI to associate non-impaired functions (such as location and time) with the associated visual stimuli.

Sensory Integration Therapy – This treatment helps children with problems in processing sensory information. Sensory integration therapy works on processing 5 common senses, including sound, sight, smell, touch, and taste. This therapy also addresses the functioning of vestibular sense, thermoception (sense of temperature), interoception, and proprioception (sense of the individual’s body in space). It is also used as part of the OT plan (Occupational Therapy) as the children with CVI have problems with their visual perception and integration of other senses that assist their brain in communicating better, allowing children to see properly.

Occupational Therapy – Children with cortical visual impairment can benefit from OT as it helps them carry out their daily routine tasks while improving their self-confidence. Occupational therapists enable such children to learn to utilize their vision efficiently through nonvisual methods to perform different tasks independently.

Speech Therapy – This therapy usually treats language and speech disorders; however, it can be used as part of the CVI treatment plan wherein speech therapists help children improve their speech, swallowing, and feeding disorders caused by visual impairments.

All in all, Early intervention is the key when it comes to treating cortical visual impairment. Early intervention therapies help children improve their visual learning while setting the stage for further visual recognition and attention improvements.