Skull deformation is referred to as a purely cosmetic disorder. Most parents worry about their babies’ deformed skulls, thinking that they may be permanent and would impact the attractiveness of their children.

Since infants have the fastest-growing and malleable cranial bones, they risk developing deformed skulls, particularly if their heads remain in the same position.

When infants spend most of their time in one specific position, it may change the shape of their heads- this condition is known as “Positional Skull Deformity.”

This head deformity also occurs when the babies are in the womb or birth canal. In other conditions, positional skull deformity also results in the first 4 – 12 weeks of their lives. At this stage, infants are unable to sit up or move on their own.

Deformational brachycephaly, plagiocephaly, and NICUcephaly are the 3 common conditions that lead to changes in the skull of the baby. All of these conditions result from the increased pressure on the infant’s skull, specifically when they are in one position.

“Craniosynostosis” is another condition that results from the abnormal fusion of the bony plates in the infant’s skull. The head of the baby becomes abnormal as the child’s brain grows. This condition also impacts the brain growth of the child, which later may require surgery, followed by helmet therapy.

There are several reasons that lead to head deformity in infants. Some of the possible causes of positional skull deformity include:

Since babies grow faster, their flexible heads help support this quick growth. Besides, the flexibility of the baby’s skull help protects its growing brain, which doubles in size in the first year. However, if the skull shape of the baby seems different to you, they might need helmet therapy.

Helmet therapy, also known as “Helmet Orthosis,” is a treatment that helps keep the baby’s skull in shape.

Babies’ skulls are made from bony plates joined by sutures (fiber-like pieces). These sutures protect the baby’s brain and also allow some space and flexibility for the baby’s brain to grow.  Babies with deformed skulls must wear molding helmets at the time when their brains and skulls are developing. This is because helmets won’t work if brain growth is completed, which usually happens by the age of 2. 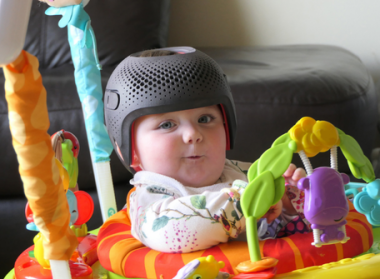 A typical asymmetrical and unusually wide head shape can be treated safely and non-invasively with a plagiocephaly helmet therapy. As with teeth braces worn by older children and young adults 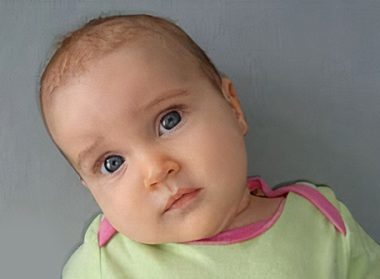 How Do I Know If My Baby Has Torticollis? – Hope Abilitation Medical Center -Dubai